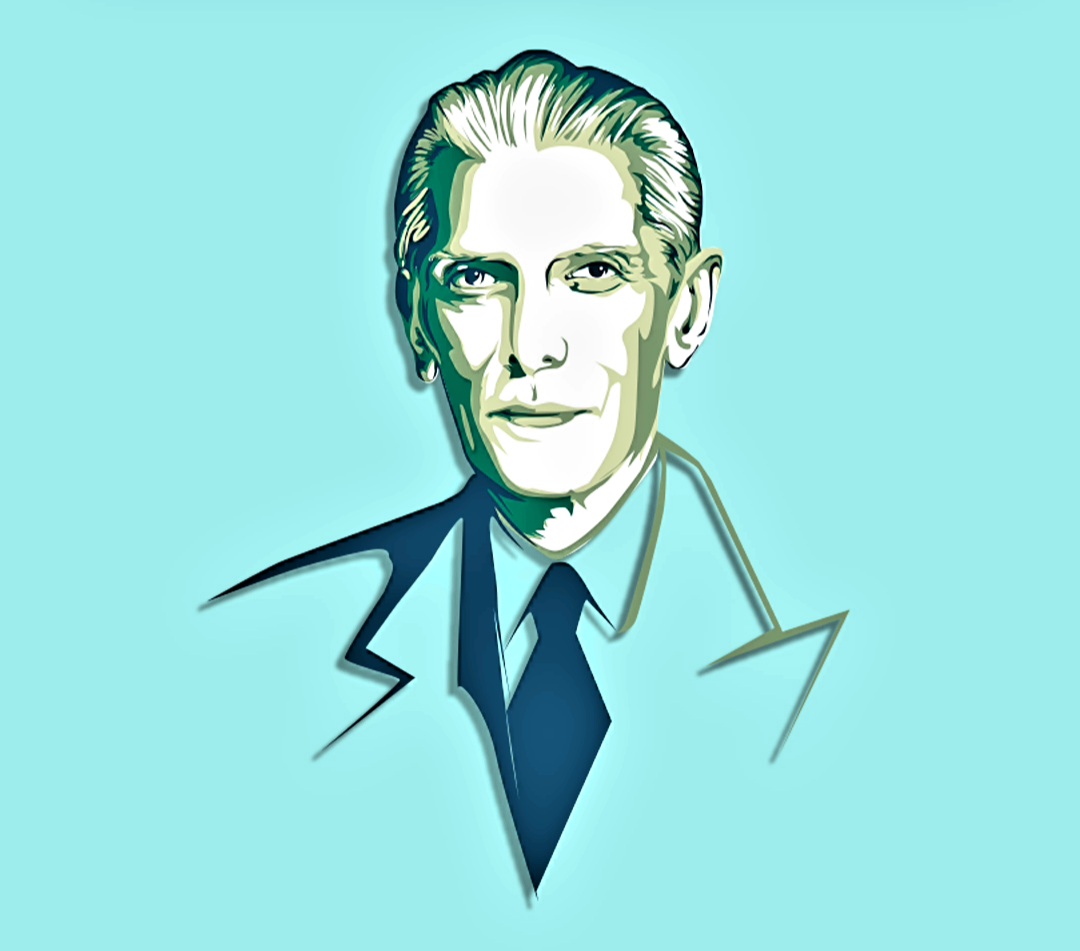 Quaid-e-Azam, Muhammad Ali Jinnah, was a great leader and an ingenious visionary, who inspired Muslims of the Indian subcontinent to strive towards achieving a separate homeland. A homeland which, he believed, was to be destined among the greatest nations of the future. On this day, the Iqbal Institute of Policy Studies pays tribute to the greatest leader and father of this nation. A man not only perceived remarkable by his opponents, but a role model for the Pakistani generations to come.

Quaid-e-Azam, Muhammad Ali Jinnah, a leader who united Muslims in the subcontinent through their faith. His vision of a separate homeland motivated the Muslims to strive for Pakistan with determination and discipline. With no day spent in using oppressive and violent tactics and no night spent in jail, this was the legacy of a man who was inspired by faith. Faith in his message, his duty, his obligation, and above all, faith in his fellow Muslim brothers and sisters, who were at the time, at the verge of living in a future filled with insecurity and oppression. Faith, unity, and discipline is the national motto of Pakistan. On his birthday, Pakistan still hopes to fulfil the dream of its beloved father and leader as the country faces national disintegration, corruption at all levels, and intolerance for the other. When the Quaid gave us this legacy, what he meant was ‘unity’ within our ranks, ‘faith’ in this nation and the destiny and will of God Almighty, and ‘discipline’ with total commitment to Pakistan.

“The success of our achievement will depend upon our Unity, Faith, and Discipline”

The story of Quaid-e-Azam’s life is as extraordinary as the story of the country he helped to create. Born on 25th of December 1876, Muhammad Ali Jinnah was a barrister and a seasoned politician by profession. He served as the leader of All-India Muslim League (AIML) from 1913 until Pakistan’s independence in 1947. He is revered as Quaid-e-Azam (The Great Leader) and Baba-i-Qaum (Father of the Nation). Upon returning from London after his training as a barrister, he established himself in Indian politics, and this eventually became the foundation of his struggle for Pakistan. In the first two decades of his political career, he remained a staunch supporter of Hindu-Muslim unity. After joining the AIML in 1913, he helped shape the Lucknow Pact in 1916 which ultimately rose him to prominence as the Ambassador for Hindu Muslim unity. But in 1920, he resigned from the Indian National Congress due to their adoption of practices Mr Jinnah deemed as political anarchy. Later in 1928, Jawaharlal Nehru presented his Nehru Report, after which Mr Jinnah promptly replied with his famous fourteen points as it had become clear to Mr Jinnah, that Muslims and Hindus were indeed, two separate nations with separate needs and ways of life.

During 1930s, the great poet and philosopher, Allama Muhammad Iqbal, approached Mr Jinnah several times to persuade him that Muslims now need a separate homeland. The two great leaders had a relationship of great respect for each other and their correspondences and meetings speak volumes on their reliance on each other in this difficult journey. Iqbal wrote to Jinnah 13 letters between May 1936 and November 1937 in what would prove to be a turning point for Mr Jinnah’s political views and ultimately lead to a start for the struggle for Pakistan. After facing many ups and downs, Mr Jinnah finally addressed the Constituent Assembly of the newly formed country, Pakistan, on 11th of August 1947, just three days before independence. Mr Jinnah, by now, had sacrificed everything, including his personal life and health for this great country. For more than 40 years, he pitted his intelligence and knowledge of law against the British and Indian politicians and ended up changing the map of South Asia when Pakistan emerged as a free country in 1947. Before dying on the 11th of September 1948, he gave Pakistanis a last message:

“The foundations of your state have been laid and it is now for you to build and build as quickly and as well as you can.”

Unity, Faith, and Discipline: A Message to Carry on

Four months after the emergence of Pakistan, on 28th of December 1947, Mr Jinnah said, “We are going through fire: the sunshine has yet to come. But I have no doubt that with Unity, Faith and Discipline we will compare with any nation of the world.” The word Unity reflects the power which holds together many different aspects that work together to provide an impetus for future growth and prosperity. It is vital that the understanding of this word is not restricted to just the abstract meaning of ‘coming together’, but rather the meaning must encompass political relationships, inter-provincial matters, relationship of the state with the society, and interfaith harmony. Only by achieving unity in all these ranks will Pakistan be able to move in one single direction, which is prosperity of the nation before the individual. Mr Jinnah did not use the word lightly, rather he was fully aware of the strength which unity provided the Pakistan Movement at a time when political acumen seemed to wither in face of increasing pressures.

Faith remains the cornerstone of Mr Jinnah’s entire life struggle. Had it not been for faith, the cause for creation of Pakistan would not have existed. Even more so, the argument for separation of a land which saw countless centuries of Muslims and Hindus living together, would not have been accepted had it not endangered the foundations of this faith. The strength one gains from faith not only provides the confidence to stand in face of any affliction, but it also provides identity in times of confusion and conflict. It provides one the ability to raise one’s head with high spirits, even when events seem to unfold towards one’s demise. Although the Quaid made it clear that everyone in Pakistan was to enjoy religious freedom, the strength of faith cannot be seen in our daily lives.

Discipline is the hallmark of excellence. Life, be it social or individual, requires discipline in body and mind. Only when a person learns to obey, can they command. Quaid-e-Azam wanted to present to the nation a guideline through which they could prosper as a nation in the developing world. He knew the importance of discipline as without it, corruption and demoralisation takes hold in society. Discipline also lays the foundation for a proper education as a person can hold as many degrees as possible, but stands no chance of gaining any acknowledgement. Order can be seen in this entire universe. No creation can defy this order and its rules and laws. That is why it works in unison and complements all the other parts. The same philosophy applies to any nation. If there is discipline, there is order. Discipline gives a sense of purpose and individuals can devote themselves wholeheartedly to the progress and development of their great country. When the Quaid gave us this legacy, what he meant was, ‘unity’ within our ranks; ‘faith’ in the Almighty and destiny of this nation through ‘discipline’ and total commitment to Pakistan.

The greatest tribute that we can pay to Quaid-e-Azam is not just to praise him with words but to do what he asked us to do and make Pakistan into one of the greatest nations of the world by following his golden principles. It is important that on this Quaid day, we recall the tremendous sacrifices of our great leader and vow to strongly adhere to his message of “Faith, Unity and Discipline”.

“Few individuals significantly alter the course of history. Fewer still modify the map of the world. Hardly anyone can be credited with creating a nation-state. Mohammad Ali Jinnah did all three”