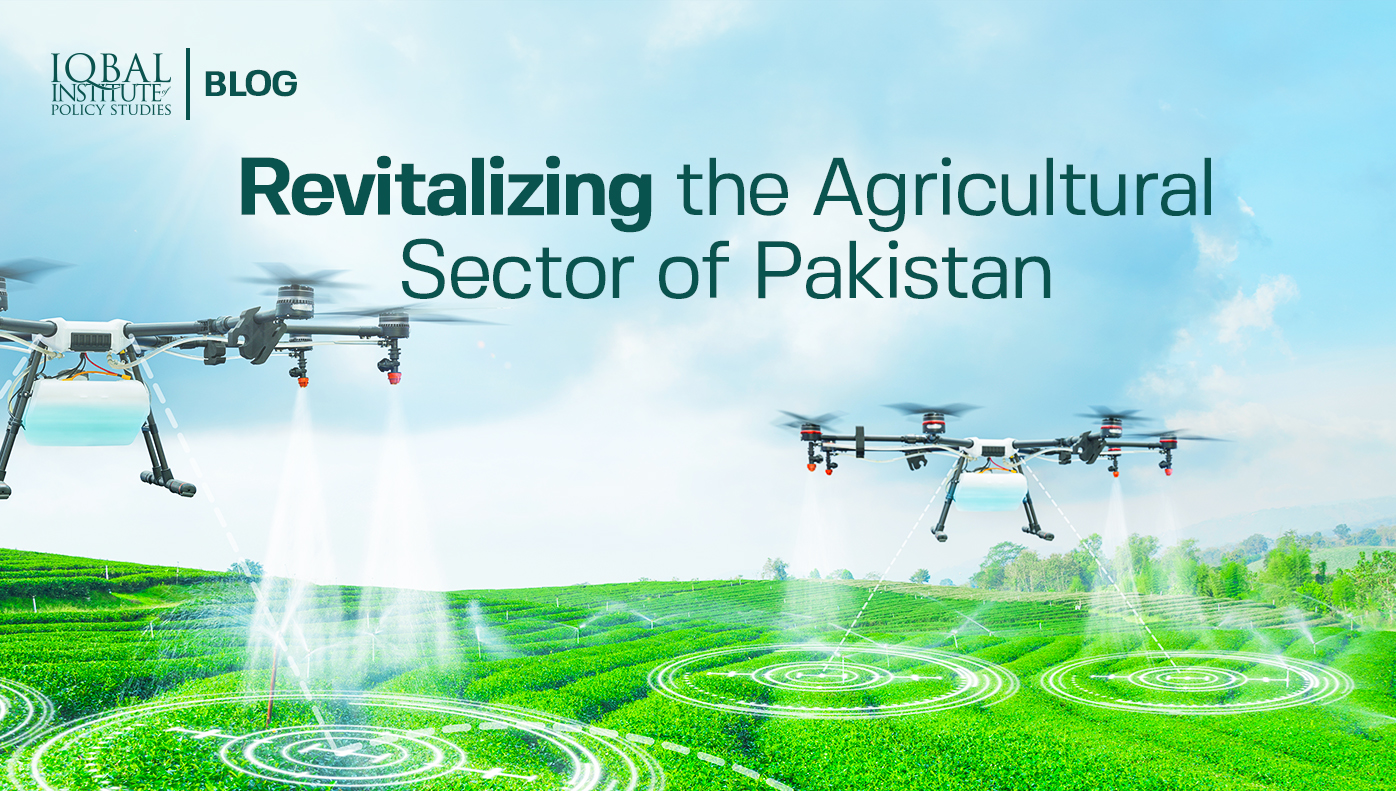 The 1973 constitution of Pakistan did not specifically mention agriculture in either the federal legislative list or the concurrent list, which meant that agriculture was to remain a provincial subject. But over the years, the federal footprint on the agriculture sector grew to a significant level. The role was reflected in a very large ministry of agriculture. It had 39 functions and twelve attached organisations. Because areas of national importance were best left with the federal government, the provinces agreed to give responsibility in these areas to the center.

There is a general perception that the agriculture sector was devolved to the provincial governments following the 18th amendment, but that is not the case. The Ministry of Food Agriculture and Livestock (MINFAL) was abolished, and a new ministry was created called the Ministry of Food Security and Research. Out of the 12 organisations associated with the previous ministry, 7 still continue to be with the federal ministry of food security and research. The only difference is that in terms of the 7th NFC award, the bulk of the budgetary resources have been devolved to the provinces. So, on the financial side, there was real devolution, while the administrative side did not see much change.

Agriculture has now grown, changed, and diversified in terms of actors and players. The private sector has now come to play a bigger role. The only way Pakistan can get value in terms of the interests of farmers and the overall sector is through developing mechanisms for cooperation and partnerships. If this does not take place, then the arrangement of regulatory and budgetary functions under the 18th amendment is not a balanced arrangement. The ministry of food security, in its food security policy, mentioned a new food security council for introducing a mechanism for greater cooperation between the provinces and the federal government. But the institution has not been operationalised and the design structure is not efficient as well.

Increasing the Crop Yield and Optimum Utilisation of Water

Like land, water is also a vital sub-sector of agriculture. More than 90 percent of sweet drinking water is used by the agriculture sector and only 5 percent goes to the domestic and industrial sector. The storage capacity in Pakistan, including dams, barrages, and reservoirs, is only 9 percent of its annual water flow. In contrast, the US has a storage capacity of 2 years. The National Water Policy states that Pakistan will enhance its storage capacity from less than 30 days to 90 days, which is still insufficient.

After 2018, a major shift in the national water issue was seen by the creation of a new federal ministry on water. The Pakistan water charter was signed by all the four chief ministers and the Prime Minister, and the national water policy was made. Although the water policy has been passed, the ground realities are contrary to the slogan. Recently, there have been valuable interventions in the form of the National Olive Project, Billion Tsunami Tree project, Ten Billion Tree project, productivity enhancement of oil crops, and GLOF management projects. All these interventions require very less water and help towards optimum utilisation of water in the country.

How to Facilitate and Enhance the Productivity of the Farmers

Facilitation of farmers to enhance their productivity largely depends on the implementation of agricultural policies. Farmers today face major challenges with water because of lack of control. When water is low in reservoirs, farmers have very few alternatives. Areas with sweet water are still manageable, but areas of brackish water have no alternative option. The cost of production is another major challenge for farmers. The fertiliser price has increased from Rs. 3500 per bag to Rs. 5600, whereas the output has remained stagnant. The incumbent government is working on providing fertiliser subsidies, but has not been able to define a mechanism for providing subsidised fertiliser to farmers.

There is also a gap in mechanisation and mechanisation adoption in Pakistan. Farmers cannot afford heavy machinery, and as labour in agriculture is shrinking over time, a shift towards greater mechanisation is also needed. Pakistani farmers are not provided with the latest machines as they are not locally produced and become expensive for small farmers to import. There is no standardization and suppliers rarely coordinate with the farmers. The government should intervene and establish machine accreditation and standardisation.

The Dangers of Urban Expansion to Agricultural Land in Pakistan

One of the prominent problems, which the agricultural land is facing in Pakistan, is that of urban expansion. From a global perspective, after 2008, more than 50 percent of the world population is living in urban areas. Based on research, 90 percent of the future urbanisation will also take place in Africa and South Asia. Pakistan has the fastest rate of urbanisation in the South Asian region, and in less than 10 years, Pakistan will become a predominantly urban living country. There were 235 declared urban populations in 1951, and now there are 624 in 2017. Out of these 624 urban settlements, 83 percent are growing without a plan, which is alarming at many levels. Looking at the overall land cover analysis of the country, 46 percent of the land area is reserved for agriculture, and almost 3 percent is for urban. But at the current growth rate of urban areas at 5 percent, Pakistan will double its urban area by 2040.

For solutions to this problem, Pakistan needs to see what the world has done to stop or minimise the urban expansion of their major cities. It can be done by giving preference to natural resources, fixing boundaries of cities, preparing master plans, clear demarcation of highly productive agricultural lands, zoning laws, and geo-mapping. Agricultural plans should be shared with urban planners, and housing schemes must conform to strict regulations regarding expansion into agricultural lands. There should also be a focus on vertical development. Lastly, agriculture must be made an attractive option for the youth of Pakistan. Awareness must also be created to promote urban farming as well, particularly in the face of covid.

Agriculture is the lifeline of Pakistan’s economy. In times of COVID19, it was the agricultural sector which helped the country stay afloat and provide for its people in terms of food and trade. But the sector is marred by mismanagement and resource starvation as the federal government holds the reigns of management, whereas the financial resources are in the hands of provincial governments. This has created a myriad of challenges for the smooth and efficient running and development of the sector. Among the many problems that mar the sector’s growth are urban expansion into high yield agricultural lands, lack of mechanization and standardization of machinery, lack of fund allocation to research and development, and prevalence of outdated methods of farming. Therefore, to revitalize the agriculture sector of Pakistan, strong interventions are needed on the federal and provincial level to form a body where those in command of regulations can plan ahead with key stakeholders for a better future of the agriculture sector. 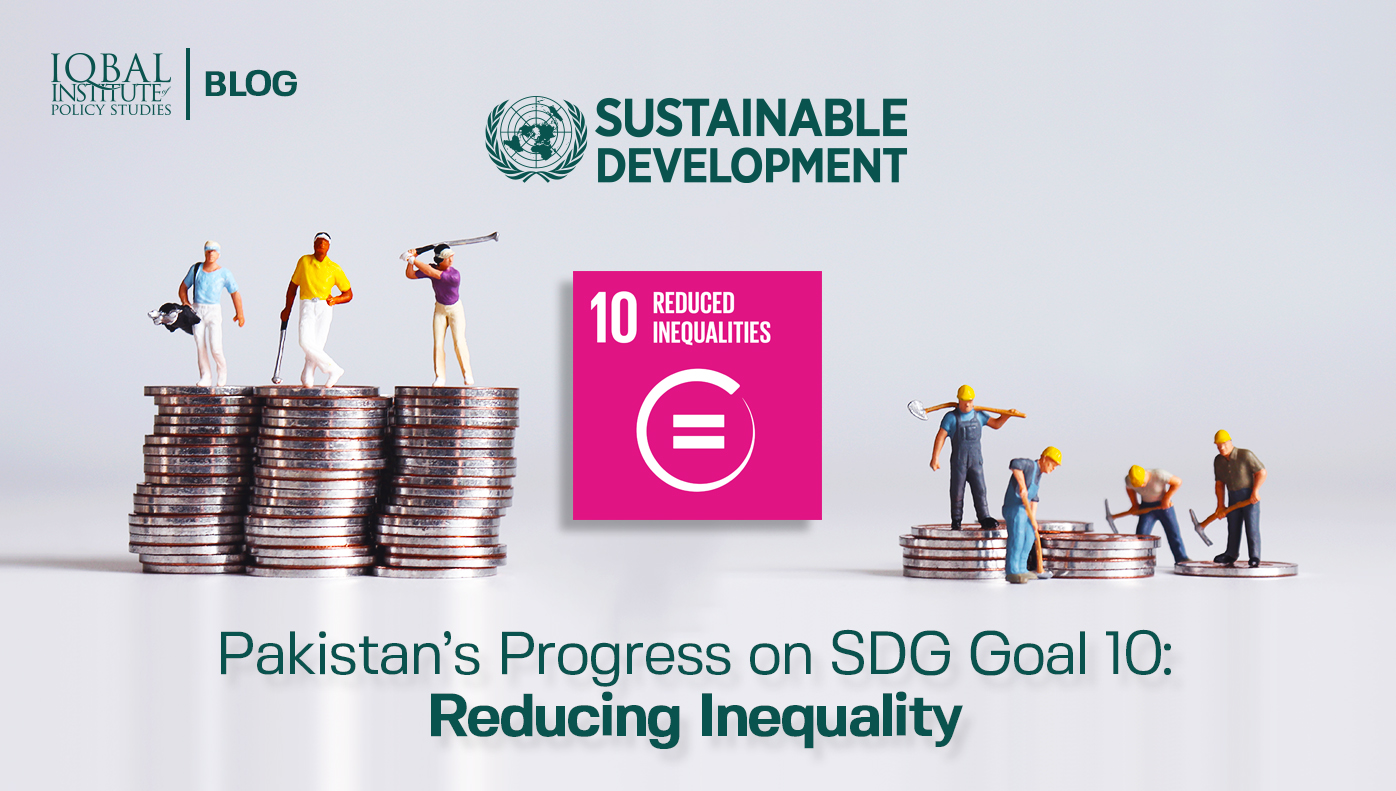 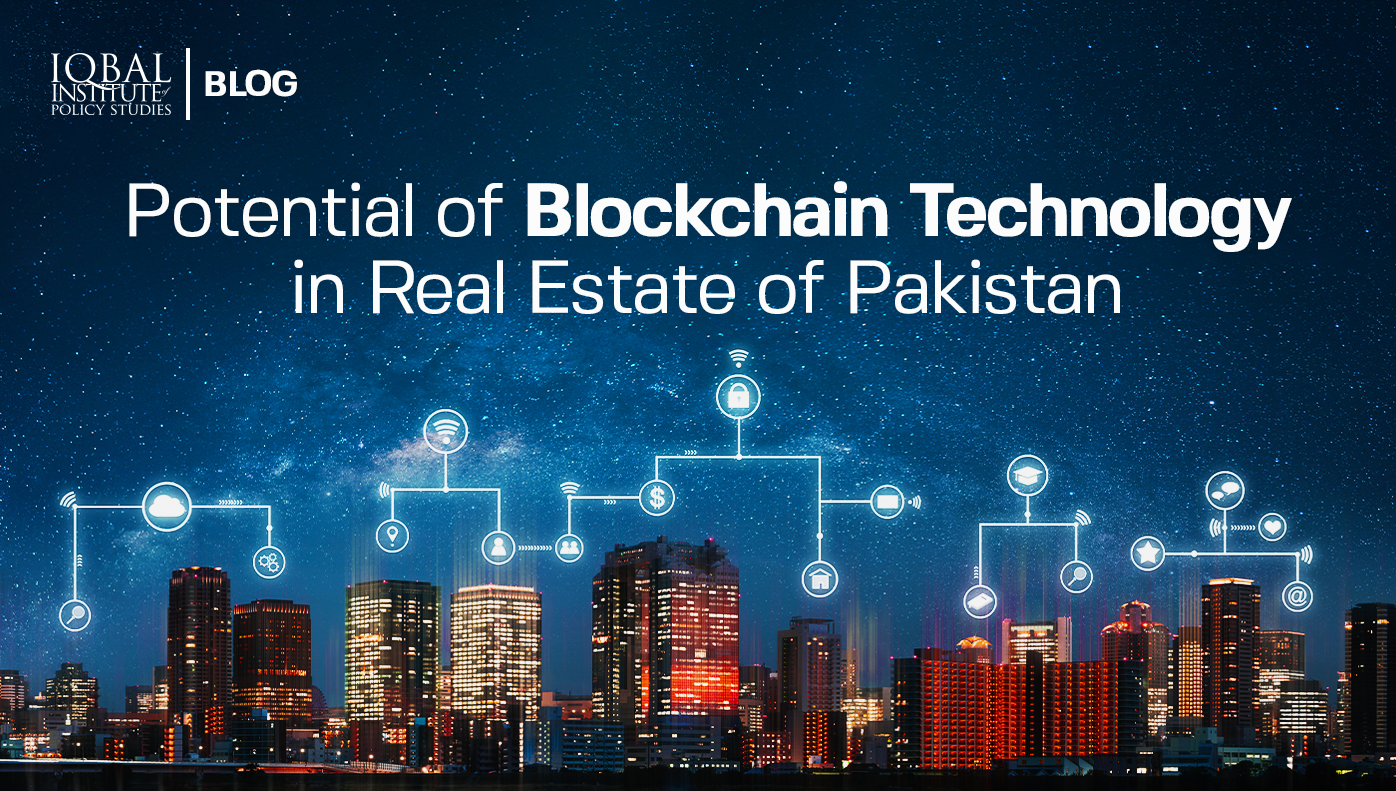 Potential of Blockchain Technology in Real Estate of Pakistan 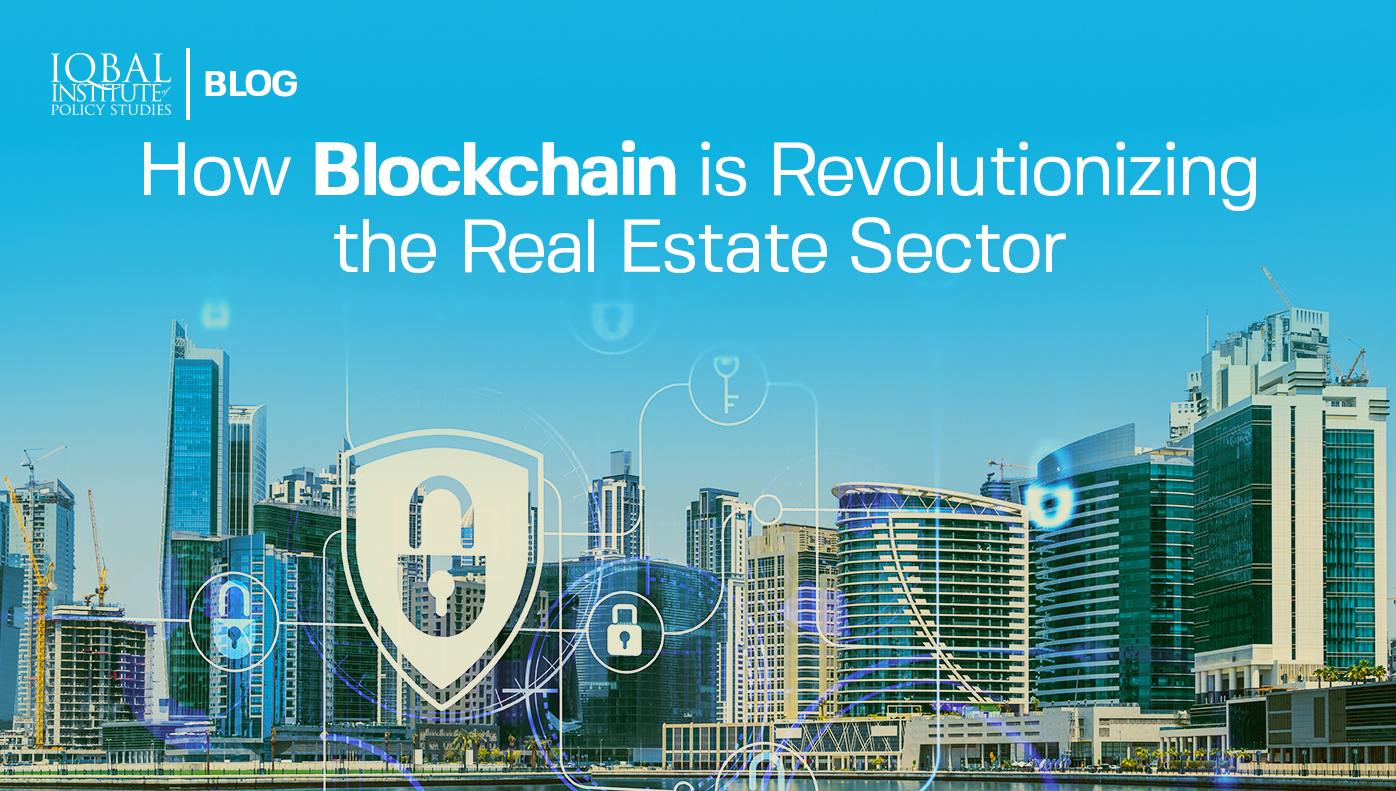 How Blockchain is Revolutionizing the Real Estate Sector 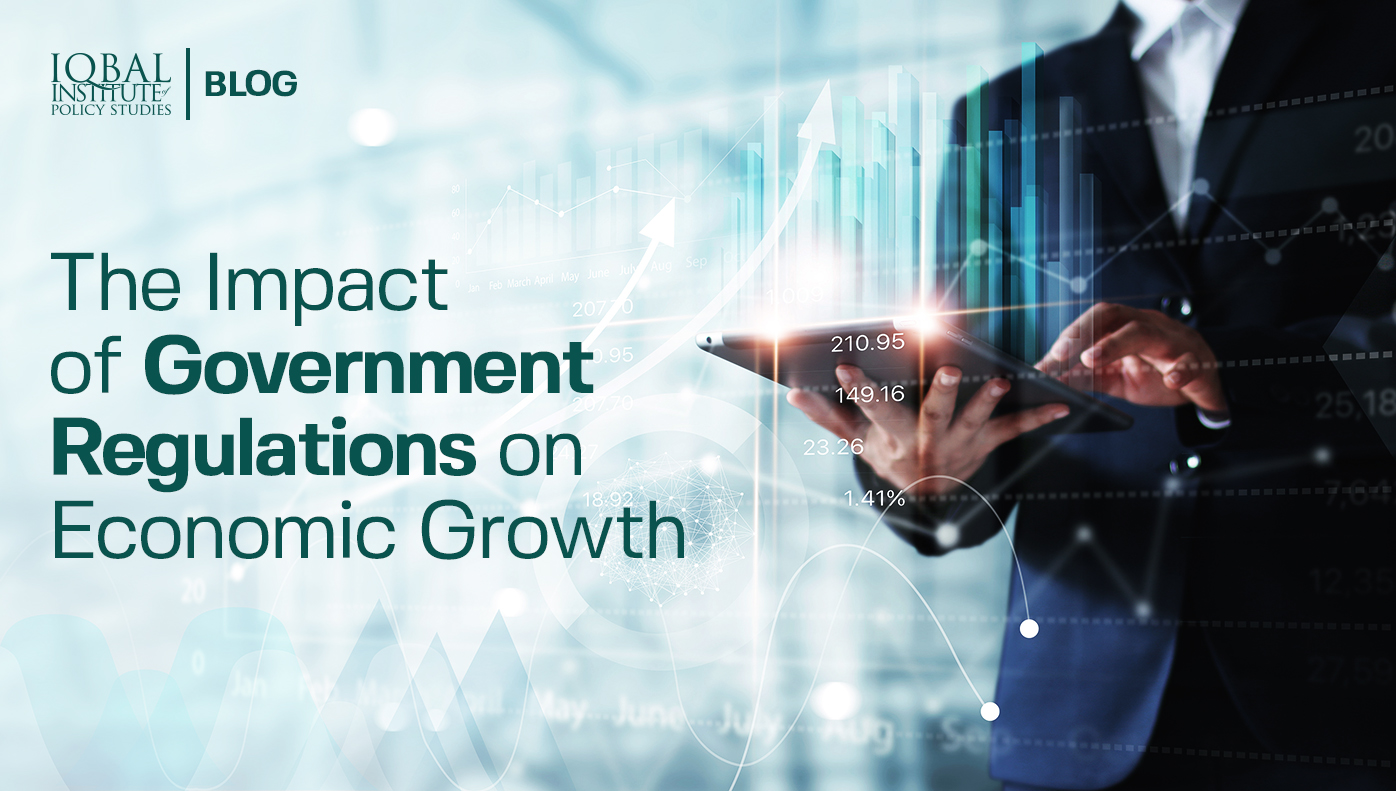 The Impact of Government Regulations on Economic Growth

Potential of Blockchain Technology in Real Estate of Pakistan

How Blockchain is Revolutionizing the Real Estate Sector