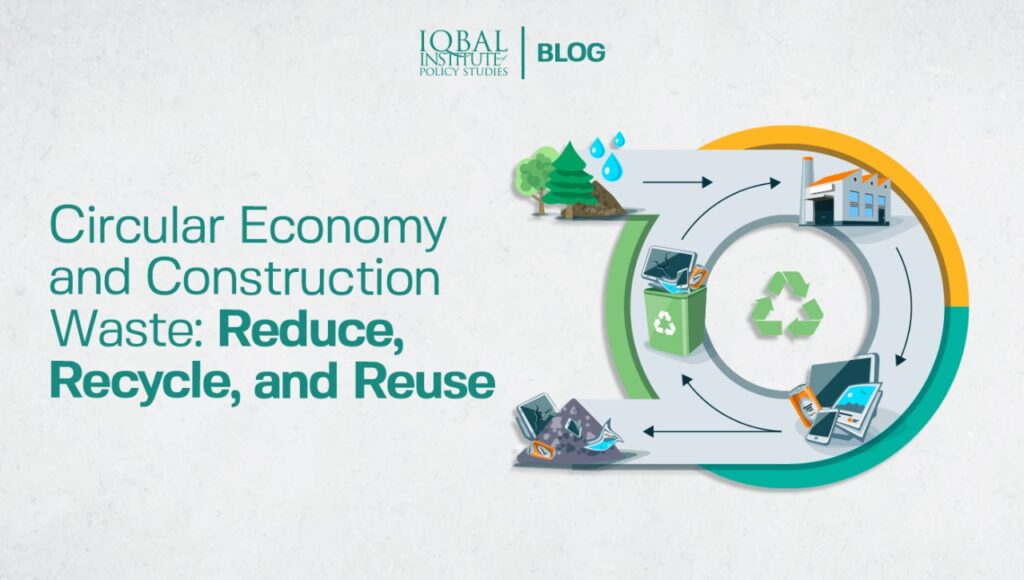 Construction Waste and Moving Towards a Circular Economy: Reduce, Recycle, and Reuse 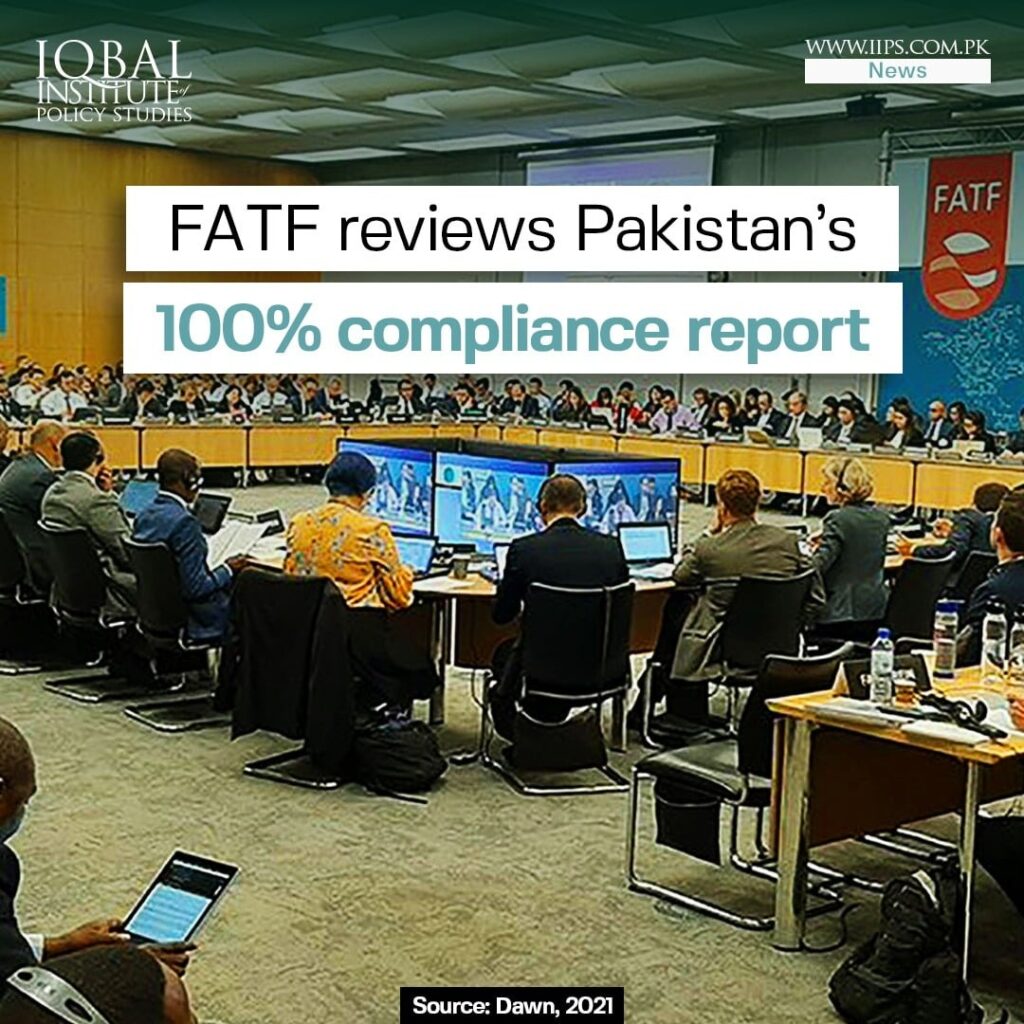 Recently, the Financial Action Task Force (FATF) reviewed Pakistan’s performance in curbing money laundering and other terror financing activities. Under a unanimous decision by the committee, the FATF decided to keep Pakistan on its grey list but ruled out the possibility of black listing Pakistan as a majority of the conditions under the original plan have been met.

The FATF justified its decision on the findings that Islamabad did not meet the more strategic and significant condition that includes the nomination of entities and individuals who need to be placed on the United Nations’ list of terrorist organizations. In addition, Pakistan has to complete two more points on the action plan to get off the grey list. According to FATF President Marcus Pleyer, Pakistan has largely addressed 30 items on the FATF recommendation plan, however, it still needs to address the remaining two crucial action points.

Previously, Pakistan took several steps towards improving its efforts in the area of anti-money laundering and financing of terrorist organizations. The government enacted several legislative amendments including the registration of property dealers with Designated Non-financial Businesses and Professions (DNFBPs).

The property and the larger real estate sector is perceived as a harbour of terror financing and money laundering activities. However, the sector holds immense potential to accelerate economic growth in the country. The government should introduce measures that can regulate the sector to ensure transparency and increase investor confidence. 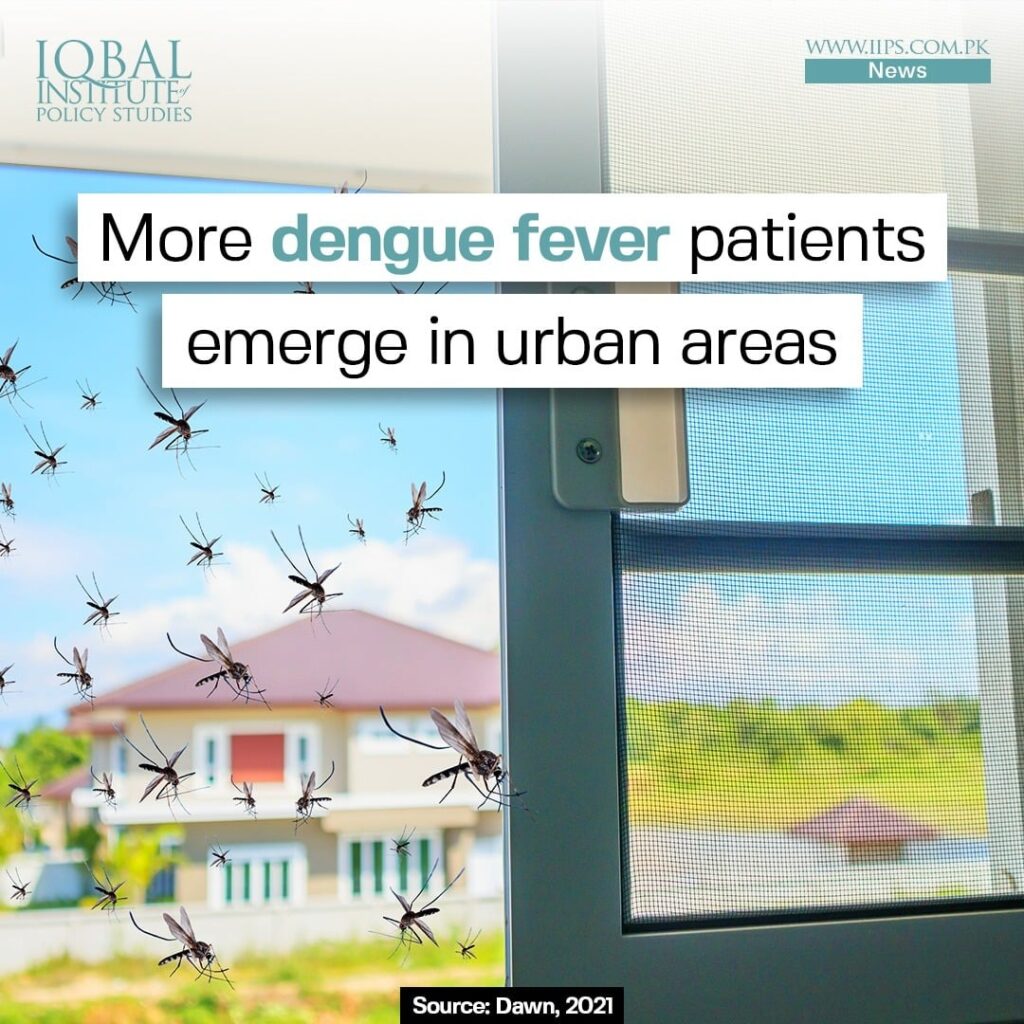 According to data from provincial authorities, 512 dengue cases have been reported in Karachi this month, with a total of 947 cases in the province of Sindh. Karachi reports the highest number of deaths from the dengue virus. Healthcare experts predict that the actual figures could be higher as there is a severe lack of data from hospitals and individual patients as well. The cases of infection and deaths were reported from major tertiary care private and public sector units and a selected number of labs. This data does not include the patients who reported their symptoms at general physicians and at the hospital’s Out-Patient Department (OPD).

Dengue Virus has a higher mortality rate compared to other viruses like COVID-19. With changing climate and weather conditions, new variants of the virus are emerging. This new development has not been reported in hospitals and health care units. Moreover, the acceleration of the pace at which the virus proliferates in urban areas is adding to the list of complications involved in treating this disease. It is also noteworthy, that since most dengue patients develop mild symptoms of the disease, they don’t consult a proper physician unless they develop more severe symptoms.

According to policymakers in the healthcare sector, the dengue virus can be largely prevented if the sanitary conditions of the city are improved. If periodic and regular fumigation campaigns are implemented, the infection rates can drastically decline. Furthermore, the government also plans to tackle the dengue virus with a comprehensive dengue surveillance program under which breeding programs are identified and eliminated 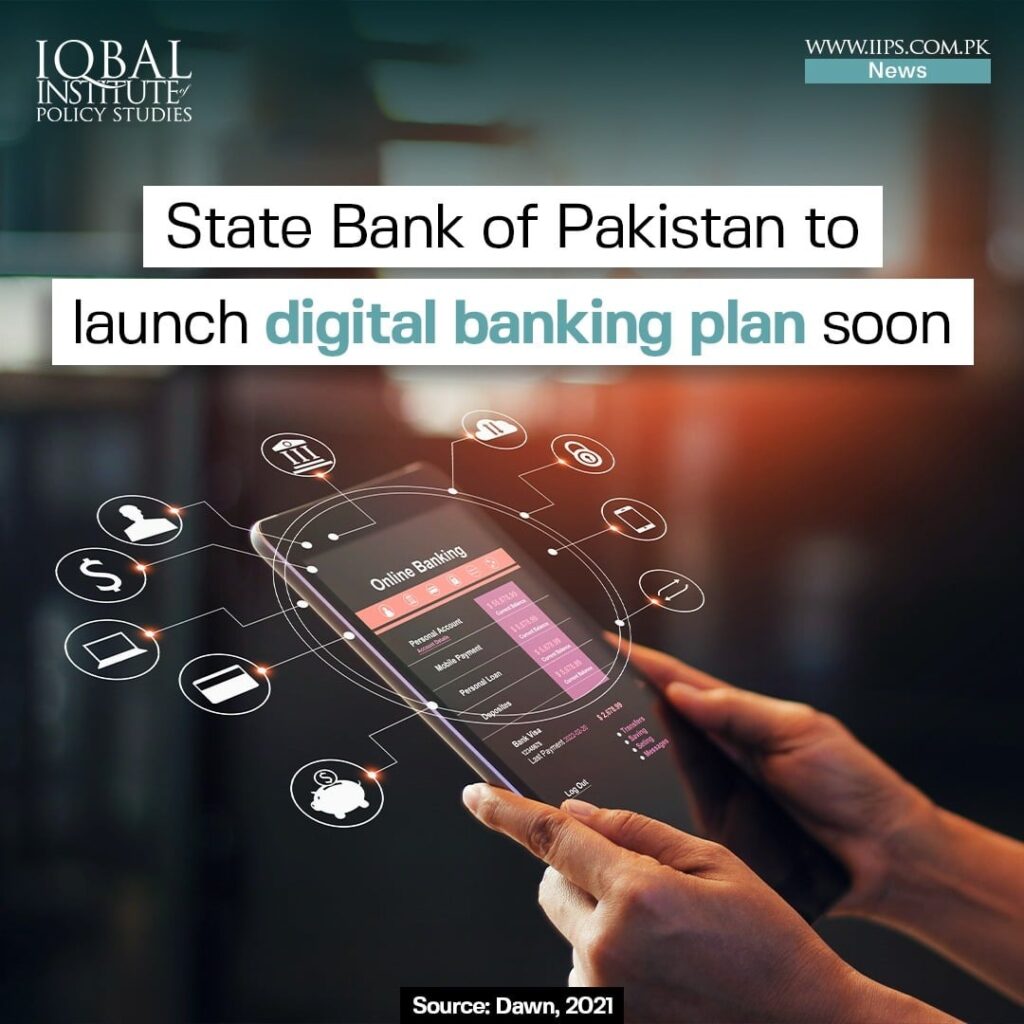 To increase the adoption of digital banking in Pakistan, the State Bank of Pakistan has finalized a comprehensive digital banking strategy. The policy formulation was done through an intensive consultation process with a diverse set of stakeholders. It includes commercial banks and financial institutions.

At the 19th Annual Conference on Future of Banking 2021 Summit, the Deputy Governor of SBP, Sima Kamil, announced that the SBP has introduced the digital onboarding program that will allow resident Pakistanis to open bank accounts online and remotely.
The digital banking services include a complete range of banking services compared to a few digital services currently available. The SBP also plans to roll out the second part of the instant payment system called Raast.

The system will allow P2P (person to person) financial transactions. Currently, six banks are in the phase of integrating this new instant payment system.

The deputy governor also announced the working of the government’s “Open Banking” policy. Currently, the SBP is working on some critical aspects such as the Application Programming Interface (API). Only after its completion, the government can propose a policy for implementation. 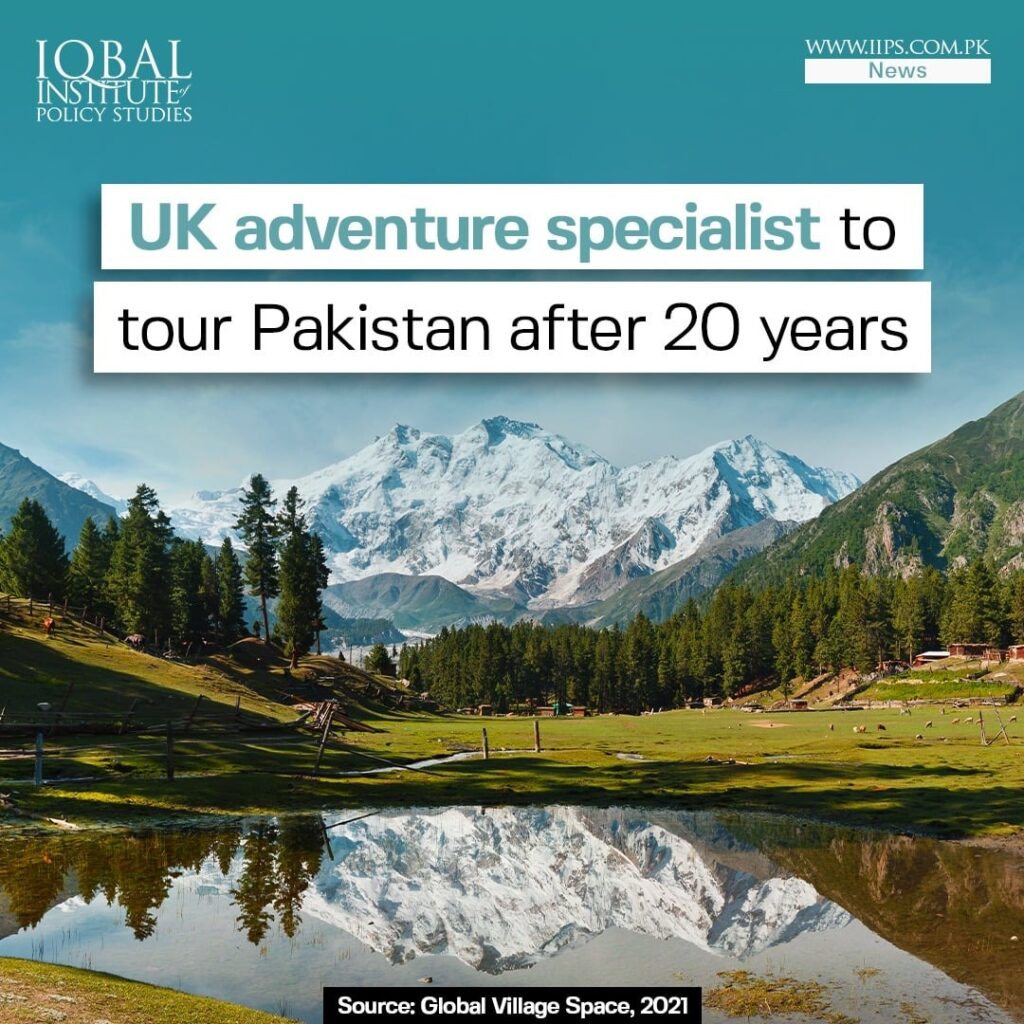 A UK-based adventure specialist called Explore has offered tours to Pakistan after 20 years. Their 2020 brochure features trips to several destinations in Pakistan. According to their website, its tour to Pakistan will cover Fairy Meadows, Deosai National Park, Hunza Valley, Khunjerab Pass, and Hoppar Valley.

The decision of the tourist group to return to Pakistan with a gap of 20 years is welcome news for the sector in general. The cost of this two-week overland tour is 2,299 pounds as it will include accommodation in some of the most beautiful landscapes located in the mountainous region of Pakistan. 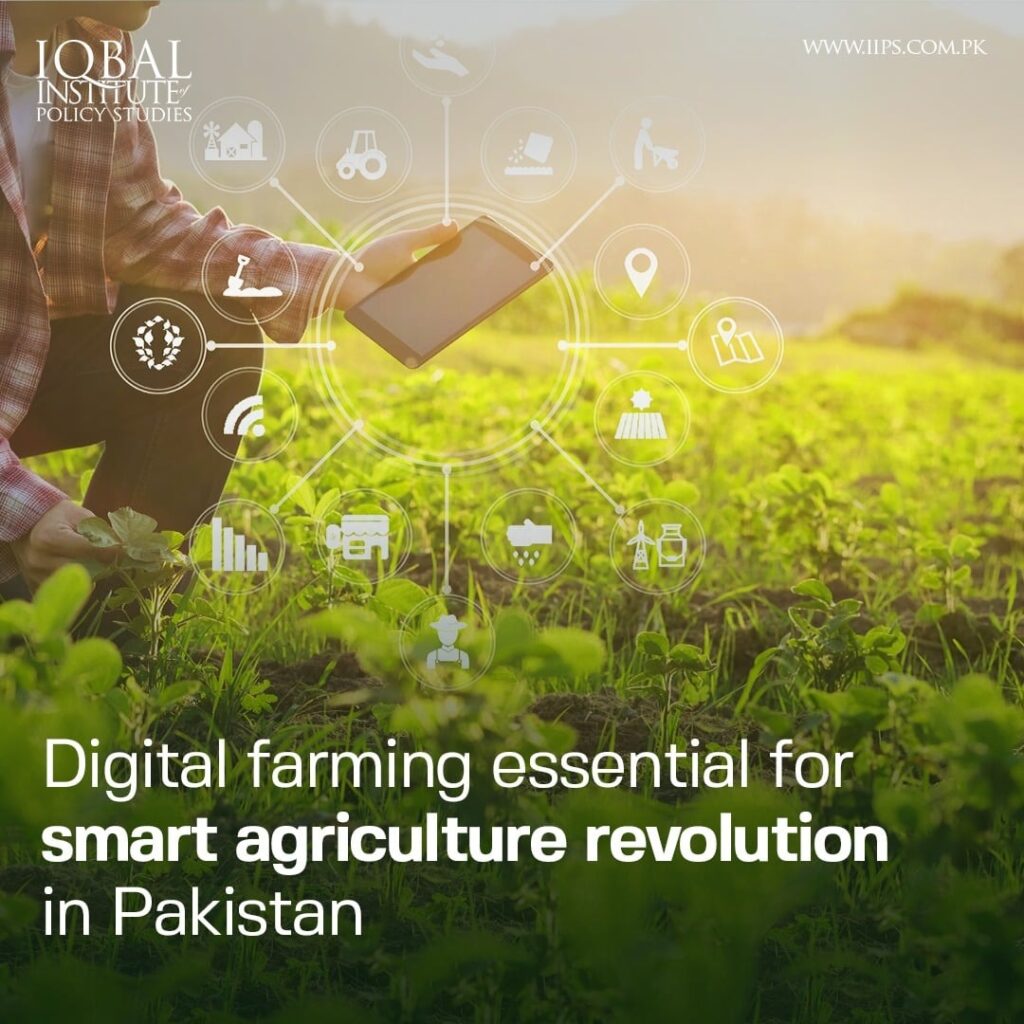 Pakistan is primarily an agrarian economy as most of its exports like cotton and textiles are a by-product of the agriculture sector. The sector holds significance in the local economy as it provides self-sufficiency for food and necessary edible goods. Despite its crucial role, the sector continues to employ redundant practices and does not yield enough for Pakistan to sustain itself.

According to experts from China’s National Engineering Research Centre for Information Technology in Agriculture, by 2025, China’s digital agro-economy will exceed USD 100 billion. China has completely transformed the conventional practices of farming like plowing in the fields to using drones, precision hole-sowing machines, driverless harvesters, plant protecting devices, and remote surveillance equipment. In short, China’s agro-economy has leveraged the internet of things to transform its agriculture sector on a massive scale.

Pakistan being a part of the Belt Road Initiative (BRI) can use this strategic partnership to alleviate its agriculture sector. Recently, the Chinese government has shown willingness to share its expertise and experience with Pakistan to help the country integrate information technology and agriculture to bring about a green revolution in Pakistan. 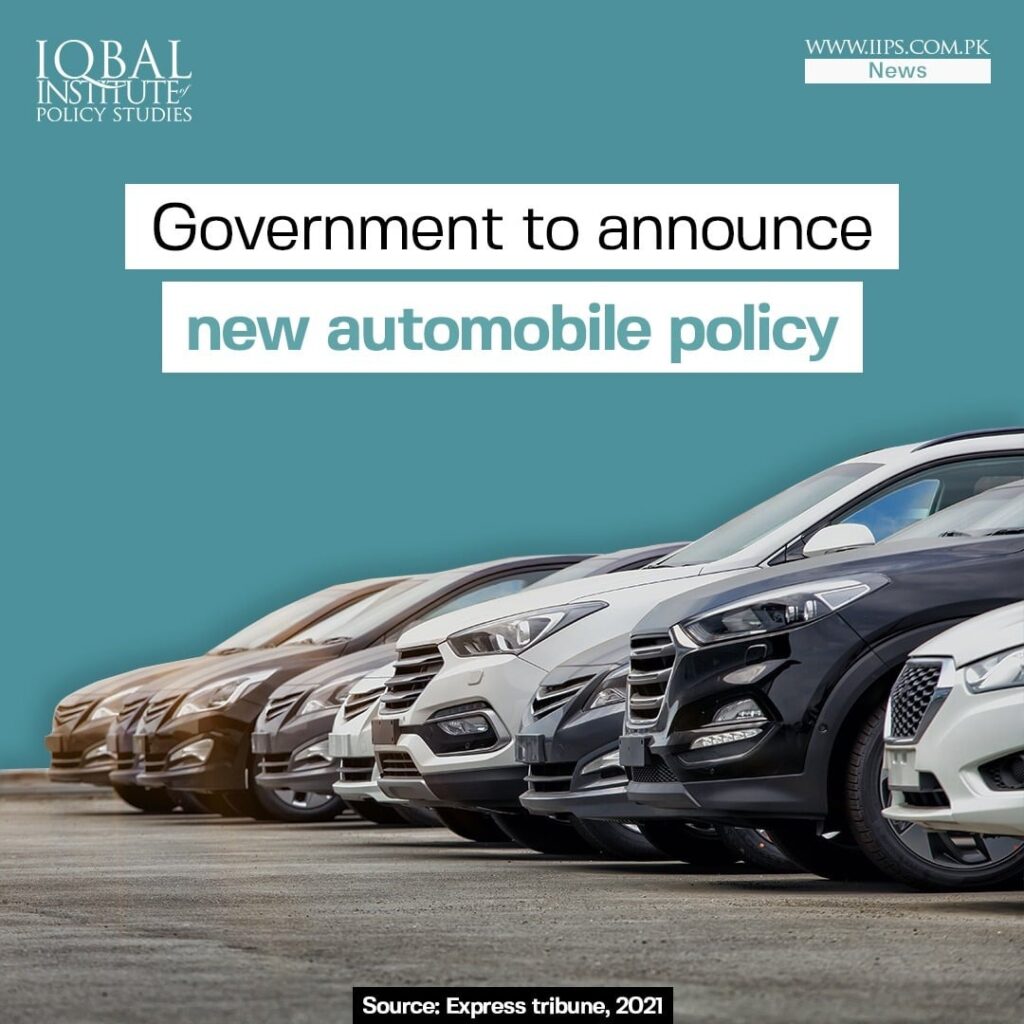 To enhance the annual production of automobiles in Pakistan, the government plans to increase production from the existing 250,000 units to about 6-8 million units. During the Pakistan Automobile Industry Roundtable Conference held at Pakistan’s embassy in Beijing, numerous experts highlighted the existing potential of Pakistan’s auto industry.

Pakistan’s growing automobile industry has managed to attract the attention of international investors, particularly from China. Recently, 10 new companies from China have planned to invest in the country’s automobile sector. Usually, these companies can invest in local automobile companies through joint ventures. 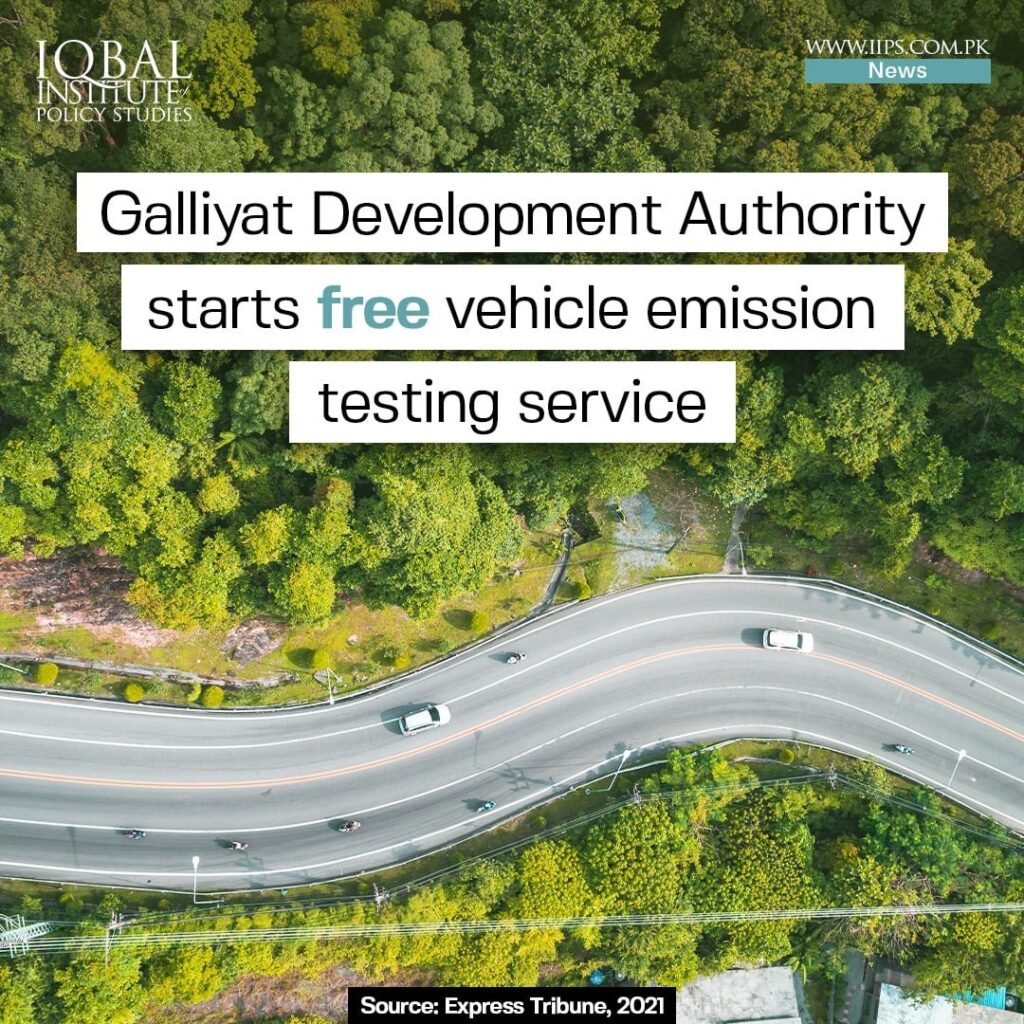 Galliyat Development Authority (GDA) collaborated with the transport department to initiate its free Vehicle Emission Testing Services (VETS). The purpose of the testing service is to check the number of emissions a vehicle produces under different conditions. The testing involves putting an automobile through a series of assessments to discover its accurate fuel efficiency. VETS is a tool for measuring carbon emissions and can help estimate the carbon cost of the transportation industry.

At the launch of the VETS services, the GDA also conducted an awareness campaign to inform and educate the public on the importance of environment-friendly transportation and its relevance for eco-conscious tourism. The VETS will issue fitness certificates to those vehicles that are fit for use. The fitness certification implies that they don’t release carbon dioxide and other emissions above the accepted global standard.

On the first day of its launch, hundreds of vehicles were inspected free of cost. 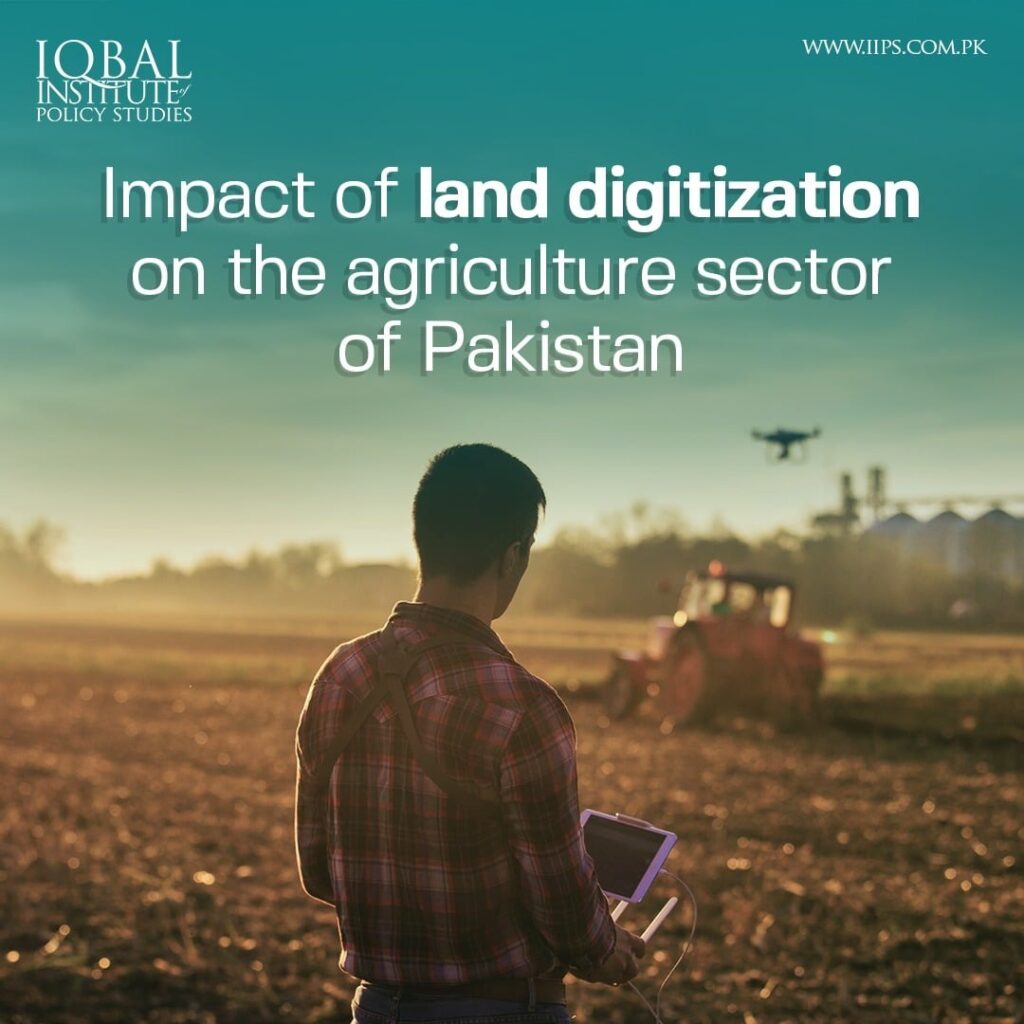 Impact of Land Digitization on the Agriculture Sector

Recently, the government has taken numerous steps towards the digitization of land records that can help develop the agricultural sector in general and farmers in particular.

According to the Special Assistant to the Prime Minister on Food Security, Jamshed Iqbal Cheema, the government is focusing on the welfare of farmers that aims to improve their net income through improved crop production. According to Iqbal Cheema, the agriculture, livestock, dairy farming, and fishery industry has immense potential, and improvement in this sector can boost the local economy.

The government is taking measures under a comprehensive strategy to develop the agriculture sector on modern lines, help deal with food insecurity, and water scarcity simultaneously. The digitization of agricultural land will play a key role in introducing international best agriculture practices in farming and land water management. Despite being a water-scarce country, Pakistan employs agricultural practices that consume unsustainable amounts of water. Therefore, the provincial and federal governments need to collaborate to implement agricultural practices that consume the minimum amount of freshwater and generate improved crop yields. 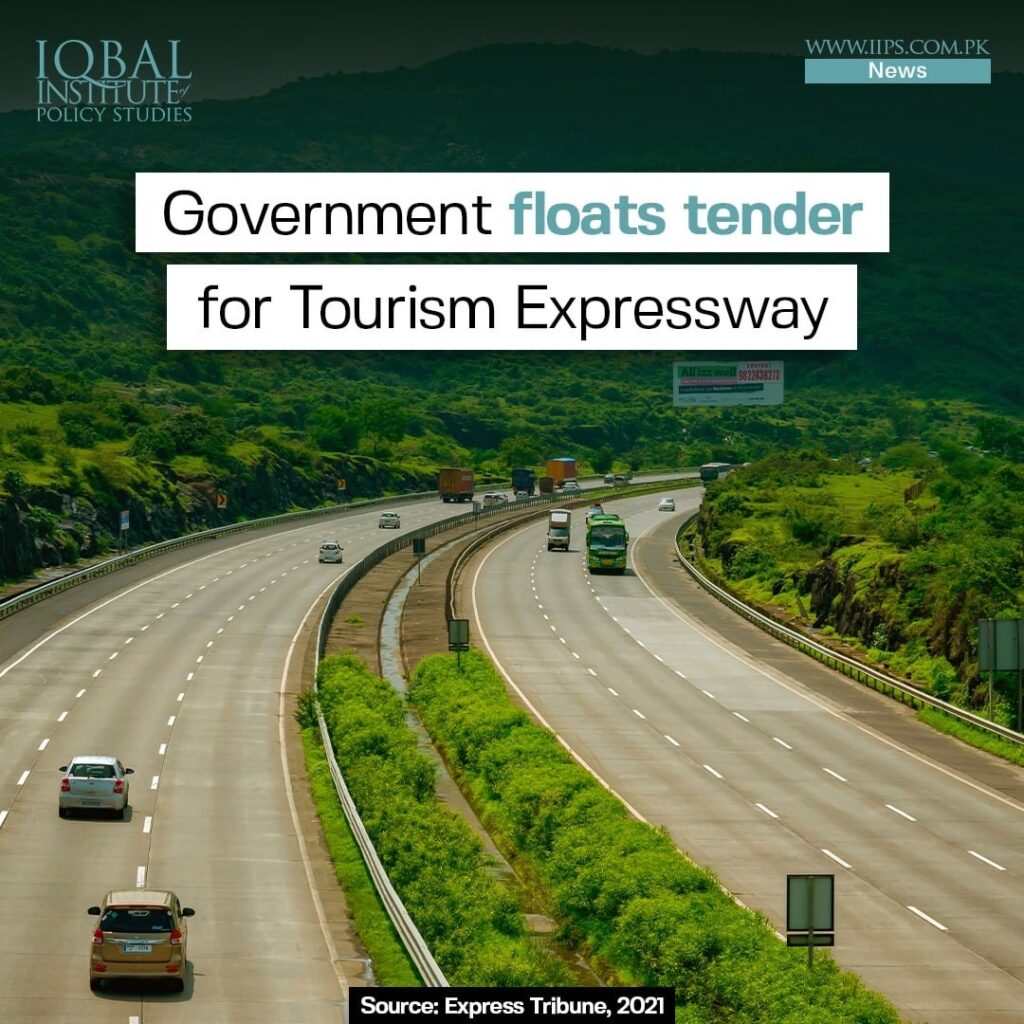 To boost tourism activities in Punjab, the provincial government has floated the tender for a 123 km-long tourism expressway. The estimated cost of the project is Rs 4 billion. With timely completion of administrative requirements, the construction will be completed in 30 months.

The tourism expressway or tourism corridor will stretch from Pindori Chowk in Kala Syedan to Lower Topa in Murree, connecting Azad Kashmir, Gilgit-Baltistan (GB), and Galliyat. The expressway will be connected to five major roads coming from AJK, Islamabad, Rawalpindi, and GB. In addition, it will also be the longest road in the Potohar region.

The government also plans to plant 0.25 million saplings of fruit-bearing and flowering trees along the entire route. Automated signals and LEDs for advertisements will also feature throughout the expressway. In addition, to make this expressway symbolic of tourism, several monuments that depict the local Potohari culture will also be built along the road.