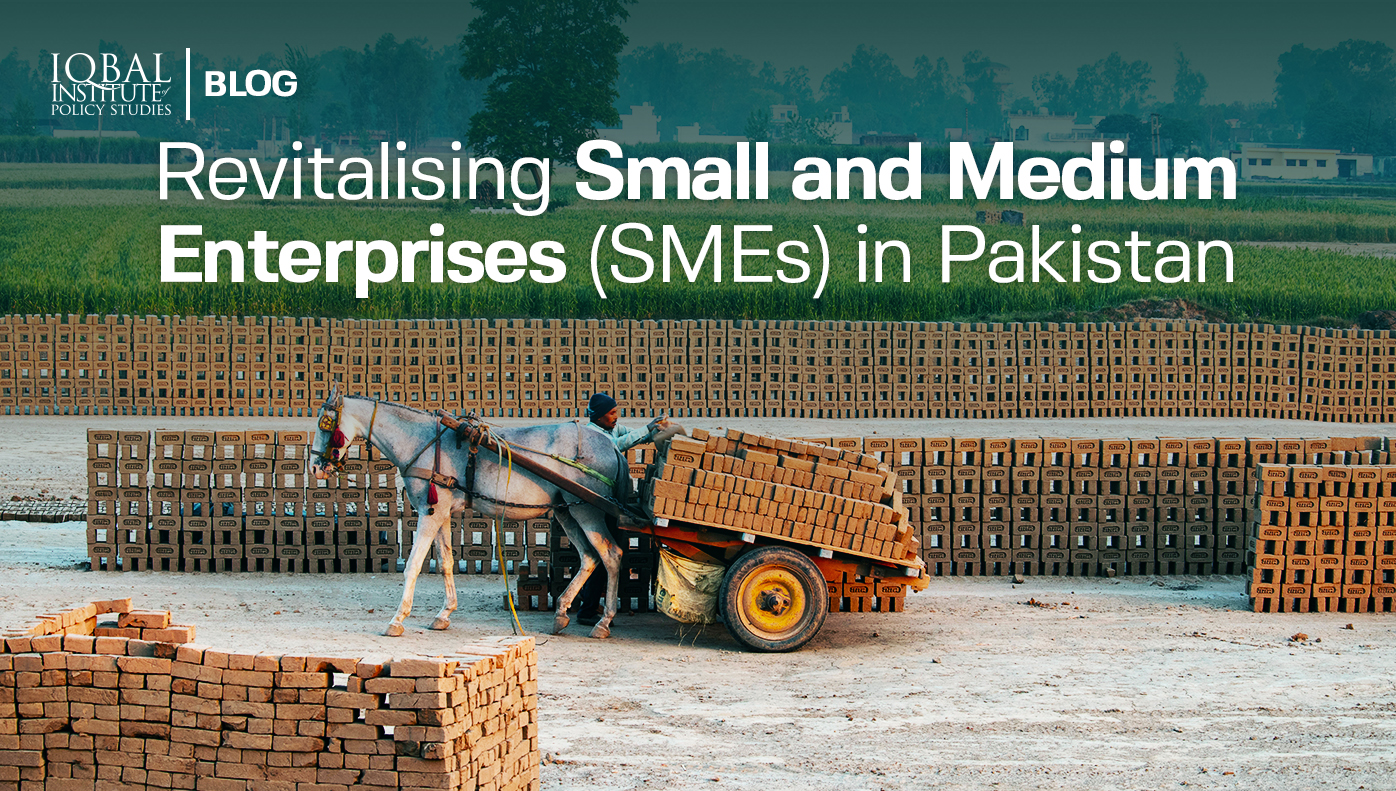 The Role of SMEs in Revitalising Economic Growth in Pakistan

The current definitions of SMEs are as follows. A small enterprise can be defined as that enterprise which houses not more than 50 employees and has an annual turnover of around 150 million. Whereas medium enterprises have up to 250 employees with annual turnover of about 800 million. The enterprise can be in the manufacturing, services, or trade sector. However, commercial banks have differing standards. A large enterprise is that which has more than Rs 3 Billion in turnover, and is a stable, professional, tax paying organisation. Anything that is not large will be considered medium. Small enterprises are those which have a turnover of Rs. 500 million and less than 100 employees. Therefore, there is a very big difference between the government’s definition and what should be the actual definition.

Authentic data on SMEs in Pakistan is very difficult to obtain. Currently, there are more than 5 million enterprises in the Pakistani market, with nearly 90 percent of all these enterprises being considered in the SMEs bracket. The sector employs 80 percent of all non-agricultural workforce and has a 40 percent contribution in Pakistan’s overall GDP. More than 21 million people are employed in the SMEs sector of Pakistan. Looking at the share of SMEs according to provinces, Punjab holds the largest share with 65 percent, followed by Sindh at 17 percent, KPK at 14 percent, and Balochistan at 2 percent. SMEs are considered an engine of growth for the Pakistani economy. They are a source of innovation and nurseries of entrepreneurship. Worldwide, SMEs are considered necessary for a competitive and efficient market. They are also linked with improvements in many socioeconomic indicators such as poverty, joblessness, and reduction in crimes and corruption. No social support program can come close to eradicating poverty than the proliferation of SMEs.

Understanding the issues of modern-day SMEs in Pakistan is also very important. Small companies mostly start out illegally as municipal laws do not allow manufacturing or conducting business in residential premises. In contrast, there are not enough commercial buildings to cater to all SMEs, while the financial burden of renting out commercial spaces is also a non-starter for many small enterprises. The process of commercialization is also very expensive for startups. Large sums are demanded by government agencies, but no real services are provided in return. Startups also face challenges in terms of acquiring investments as financial windows are not suitable for everyone. Mostly, friends, family, and small investors are behind such startups. Moreover, there are serious disincentives for SMEs in the local environment. People are averse to startups in residential locations and complain to local authorities in most cases. On the government side, statutory regulatory orders (SROs) create protection and incentives for large industries compared to SMEs. They are provided with raw material at cheaper rates compared to SMEs, a form of negative protection. Training and entrepreneurship programs are also scarcely available, making the development of human resource complicated. The Ministry for Industries and other government departments have minimal coordination. Lastly, there are no proper agreed upon definitions of small, medium, and large enterprises. This allows for confusion among lawmakers and financial institutions.

As SMEs are startups managed and owned by individuals, there is a prevalence of informal training. The learn as you go method is widely used as the cost of training is out of reach of small companies. That results in lack of technical upgradations in marketing, finance, and human resource in a competitive world. A large number of people retire as government officers, bankers, and auditors. There should be some facility which allows for the general public to use their expertise in learning business management techniques.  SMEs also have to pay a very high number of taxes in Pakistan. In India, taxes are paid 13 times in a year, Malaysia is 7 times in a year, Singapore is 5 times a year, and Pakistan is 47 times a year.  Add to that the provincial sales tax, and the number goes up to 95 times in year. The compliance cost to deal with these tax laws is massive. Harassment of small firms by tax officials and labor inspectors is also another major issue.

In terms of recommendations, the Government of Pakistan (GoP) needs to stop using the term ‘SMEs’ and instead use terms like large and small industries. This will not only improve the targeting of government policies but will also change the fundamentals of the economy. A new direction can be achieved that can change the mindset of every institution in the financial and regulatory sector. Pakistan’s demographic and economic structures also demand a fresh look at legal and business ecosystems, including labor laws for small companies. Separate organisations must be created for artisans, micro enterprises, and cottage industries. Lastly, the reorganization should be done under a planning and oversight body.

How can Federal and Provincial Governments Support Growth in SMEs Sector

In the 1950s and 1960s, globalization was seen as a panacea to development. Pakistan undertook large scale industrialisation. However, the effort towards this industrialisation was largely state led. Government and financial institutions worked together to establish steel plants, fertilizer plants, cement plants, and large scale industries that the private investor was shy of investing in. in the 1960s, Pakistan saw good growth rates in economy, largely due to this industry and agriculture. Nevertheless, by the end of 1960s, the lesson was that despite this spectacular growth, issues of job creation, joblessness, and poverty were not being solved. The process of industrialisation had also led to a lot of inequality between the provinces and other sectors of the economy. The process of nationalization began in the 1970s and that discouraged the private sector from investing and creating wealth in the country. In the 1980s and 1990s, industrialisation did not see an increase, rather the country kept on managing the previously established industries.

In the 1990s, a new paradigm shift was seen. The state was no longer interested in setting up businesses and adopted a more regulatory role. Attention was paid to making policies for different sectors and private sector investment was encouraged. In the first decade of the 21st century, there was an attempt to reinvigorate the economy. By the mid of the first decade, the economy started to show positive signs of growth and it was in this period that a policy towards industrialisation began. The first effort to give recognition to SMEs was the SME policy of 2007. Prior to that, Small and Medium Enterprises Development Authority (SMEDA) was created in 1998 to give boost to SMEs. An SMEs bank was also set up in 2001 by merging preexisting financial institutions together. The SMEs policy 2007 was a brief document that strikes the right notes in explaining the dynamism and vibrancy of the sector, its need for the economy, and what needs to be done to achieve the goals set out in the policy.

At present, no tangible impact of the 2007 policy can be seen. Policies and institutions required to fulfill those policies were present, but the implementation has always remained problematic. The incumbent government has now realised the importance of this sector as a driver for growth of economy, and that it is critical to establish SMEs for a broad-based growth in the country. Growth must encompass all segments of the society and not just the upper-elite class. A new policy has been made but its approval remains pending. In the meanwhile, there are actions coming that aid the growth of SMEs, but no proper policy has been agreed upon by the government. The new policy is also different than the older 2007 SMEs policy. It recognizes the changes that have taken place due to the 18th constitutional amendment. Provinces now have different roles in taxation and other areas of public sector regulation. The policy also considers the speed of technological change around the world. Rising globalization and comparisons to other regional countries are also accounted for.

Although the government has realised the importance of SMEs and the need to boost their growth in the country, there are key issues that need to be addressed. Taxation has become a very complicated process in Pakistan, and it is particularly challenging for SMEs because they do not have the capacity to fulfill the legal documentation and requirements. That is why most SMEs do not get registered as formal entities. It also becomes difficult for the government to help these enterprises thereon. Going formal can have many benefits for SMEs like getting access to various government incentives and services, but for that, the tax structure needs to be simplified.

Enterprises in Pakistan have to pay 34 taxes. Whereas, in neighboring countries, the number of taxes is around 10. There is also a need for unification of tax policies. At the moment, the federal board of revenue (FBR) has different policies than their provincial counterparts, complicating the process for business even more. Another impediment to SMEs growth is the regulatory burden. There are many regulations that a business must fulfill to comply, and this usually hampers the growth of SMEs in the early stages of setting up a business. The Ministry of Commerce has started a new initiative called Pakistan Regulatory Modernization Initiative. The initiative looks to reform regulations that have accumulated over the years during various different governments and policy paradigms. The exercise is being called as the regulatory guillotine as it aims to judge the legal credibility and necessity of different regulations. Those found unnecessary or illegal will be removed.

Access to finance is another very important issue which must be tackled by the government. Banks need to tailor special products for the SMEs sector. It cannot be similar to blue collar companies that can easily lobby to get around the barriers. An SMEs finance policy also exists which allows for cashflow financing and non-collateral financing. These modes are allowed by the State Bank of Pakistan, but the banks are reluctant in implementing them, as they don’t want to take the risks associated with doing business with SMEs. They are much more comfortable doing business with the government. Therefore, the government must implement its SMEs financing policy.

Many government reforms have been introduced in the past which targeted this sector, but they lacked implementation. Small and medium-sized businesses are the backbone of a modern urban economy as they provide the highest level of employment in the region. State institutions like banks and other microfinance institutions are expected to facilitate small and medium-sized businesses. Such policies will help revitalize the SMEs and help generate employment and economic growth in the country.

1. What is the role of SMEs in revitalising economic growth in Pakistan?

2. How can the federal and provincial governments support growth in SMEs?

1. There is a very big difference between the government’s definition of SMEs and what should be the actual definition.

2. SMEs are linked with improvements in many socioeconomic indicators such as poverty, joblessness, and reduction in crimes and corruption.

3. No social support program can come close to eradicating poverty than the proliferation of SMEs.

4. A new policy for SMEs growth has been made but its approval remains pending. 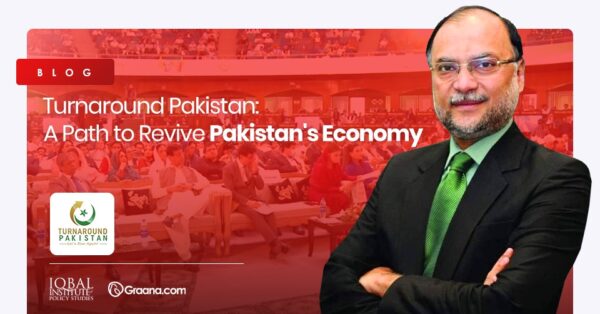 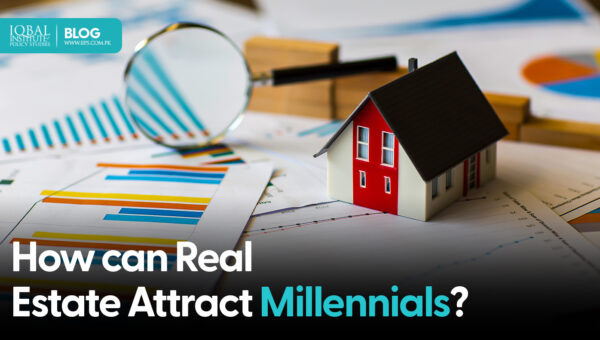 How Can Real Estate Attract Millennials? 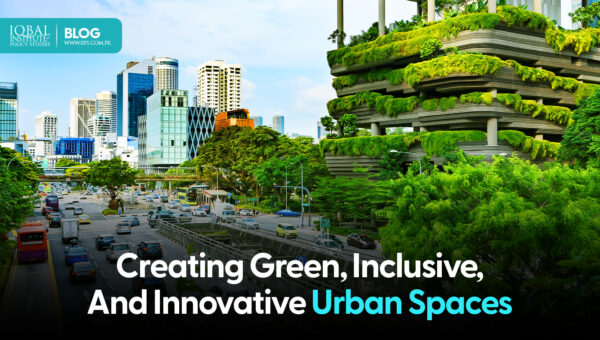