Why is Karachi Losing its Heritage Sites?

The heritage buildings of Karachi have many stories to share. These structures and sites depict the bygone era of the city. They have a profound positive image and tell the lifestyle of older communities, their togetherness and dreams. Currently, these buildings illustrate the story of neglect and carelessness. If these buildings are diminished and destroyed, we will lose the tales of our ancestors, which are essential to recall and engrave us with our history.

Karachi is losing its historical sites quickly compared to other cities in the country because of poor governance and maintenance. As per the Sindh government, Sindh has around 3,000 heritage sites and monuments, of which 1,600 are in Karachi. It is a complex city, and the growing urbanisation is damaging its heritage infrastructure. Moreover, the irrational building codes and enormous irregular construction of the building and land mafia play a pivotal role in demolishing heritage sites.

One cannot deny that we need more infrastructure to fulfil our housing needs, but it should not be met at the cost of losing the city’s essence. The essence lies in the city’s inheritance and the historic built environment. Revamping and restoring heritage buildings and the environment built around them are important.

Drivers that Play a Critical Role in Demolishing Heritage Sites

Karachi government should give more importance to preserving and protecting pre-partition historical infrastructure. As real estate developers and owners are constructing high-rise buildings by destroying cultural heritage assets due to the lack of awareness to protect these sites. The old cultural building has been demolished and replaced by commercial spaces to earn more revenue. The builders relentlessly keep the facades of the torn building. These buildings were mostly located in Saddar. 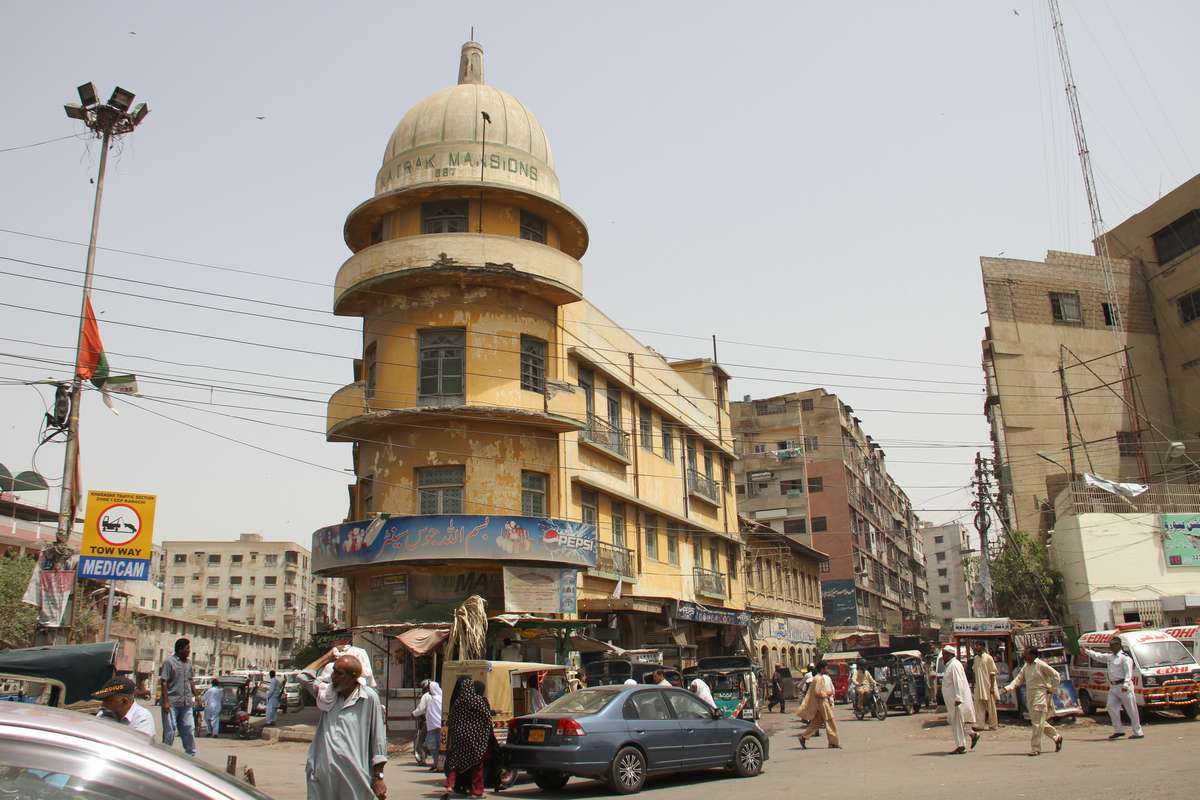 The buildings are damaged due to flawed laws and poor implementations. The Sindh Cultural Heritage (Preservation) Act 1994 has allowed building owners to” maintain the facades of heritage buildings” and didn’t mention protecting and preserving the interior of the building. This leaves an irreversible void, as the features inside the buildings are neglected. These consist of light wells, wind shafts, diya-daans, chiraagh-gahs, decorative ceramic tiles and many more.

For instance, Kanji Building on Outram Road and the Bhatia Bhawan Building are the two examples which were declared as heritage sites. But later, the process of demolishing the buildings from the inside began, and concerned citizens played their role by taking stay order, but till today these buildings await justice.

Building of High Rise Infrastructure Around the Heritage Sites

It is crucial to protect the environment along with cultural heritage buildings. For instance, the high-rise building overshadowed Homi Katrak Mansion on Abdullah Haroon Road. The vicinity around the site is transforming very quickly due to the intense construction of the commercial building. It is just a few years away from changing completely into commercial zones. The Frere Hall is located near the mansion; apart from this, various high-rise buildings are under construction. Additionally, Goethe Institute, housed in an Art Deco-influence bungalow, is making the Mansion more vulnerable. Such kind of infrastructure affects the environment and viewing rights of other infrastructure.

One of the biggest challenges that hurdle the preservation of the sites is the lack of coordination among the departments.  This increases the gap in implementing the policies at the provincial and national levels. The Sindh government is in dire need of extensive legislation to preserve its cultural properties. Unfortunately, preserving historic sites is limited to gentrifying and beautifying them, which has proven a temporary measure, such as hanging fake plants. The laws regulated to protect the historical sites are the extension of the laws introduced by the British Raj, and ironically, those laws failed to protect the historical site in colonial eras.

Lesson to Learn from Neighboring Countries

Despite colonial settings, neighbouring countries like Srilanka, Turkey, Bangladesh and India are making effective policies to protect their heritage sites.

Turkey has initiated a scheme to educate people and to invoke genuine concern about their heritage as the government believe that prohibition and ban on the destruction of demolishing heritage sites won’t help to protect it. These countries have revisited their laws and started using taxes from the real estate sector to restore tourist sites.

By taking systematic approaches and through institutional collaboration, these countries have managed to preserve their heritage without compromising on their respective economic developmental goals.

The government should focus on developing the Museum of Ruins, which Bangladesh and India have already built, to preserve historical pieces and spaces. It is imperative to appreciate the past and to move towards a future with an improved understanding of our history.

To protect the heritage sites government should introduce long-term plans which should devise rehabilitation plans;

There is a need for integration between the Sindh Building Control Authority and the Sindh culture and tourism department;

To implement policies and enforce laws, there should be coordination among the departments;

Government has to make strict policies to protect the heritage site from the developers, and stakeholders need to be actively held accountable;

Instead of following punishable laws, the government can introduce incentives for the builders who play a significant role in protecting heritage sites like in Bhutan;

The outdated laws need to be revised, and there is a dire need to explain each clause in detail;

Raise awareness of heritage sites and promote or support widespread action to protect these places;

To preserve the heritage site government can use real estate taxes;

Government should devise policies and implementation plans to end such ornaments sales. If such ornaments keep disappearing, then there will be little motivation left for preservation.

Karachi is a city which is enriched with cultural heritage sites. But the city is losing its history, which is being depicted by the sit due to flawed policies, an increase in the development of high-rise buildings, massive constriction of commercial zones by retaining its facades, poor implementation laws and negligence of the government. The government can make effective laws to preserve the cities and ensure their implementation. Nonetheless, there is a dire need to restore the building infrastructure to boost tourism through an integrated approach involving government, civil society and NGOs. The government can develop the Museum of Ruins, which Bangladesh and India have already built, to preserve historical pieces and spaces.  Government has to play a proactive role; otherwise, Pakistan will lose their cultural and heritage history. 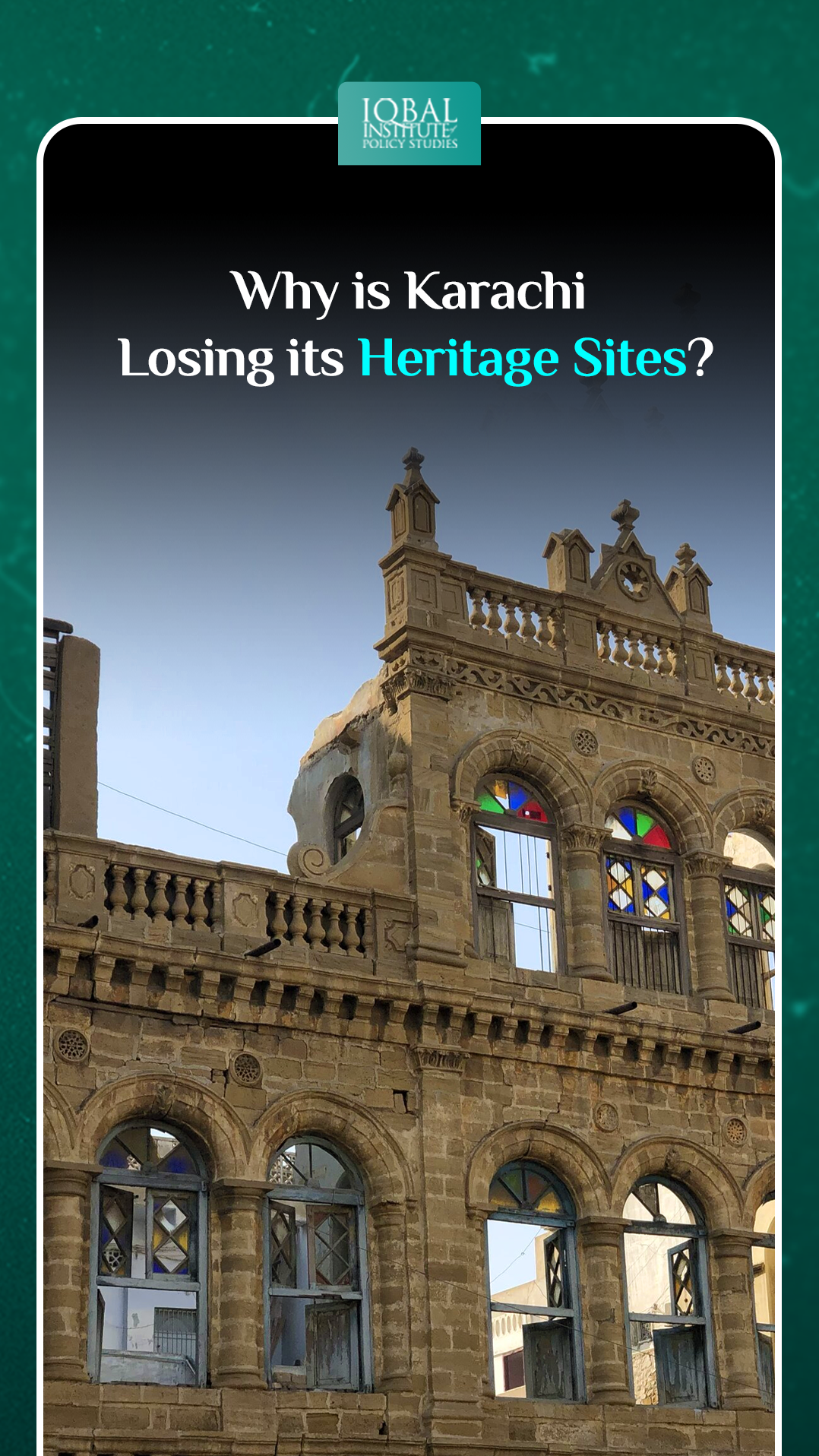 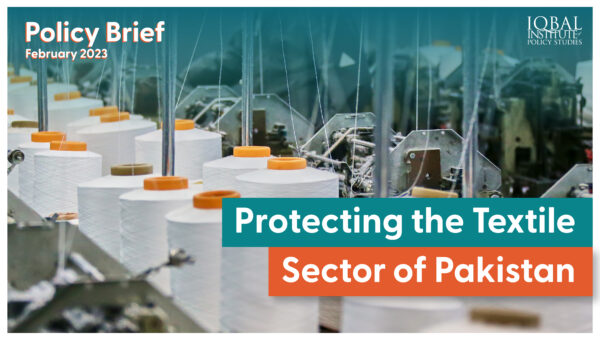 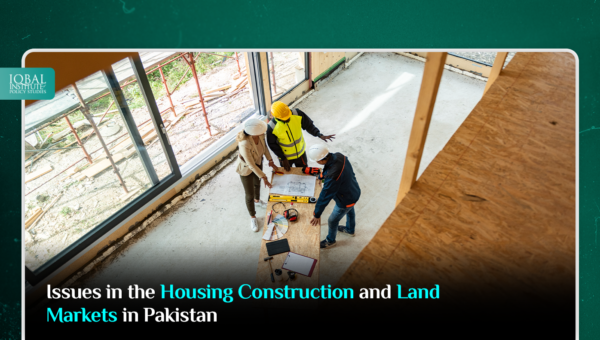